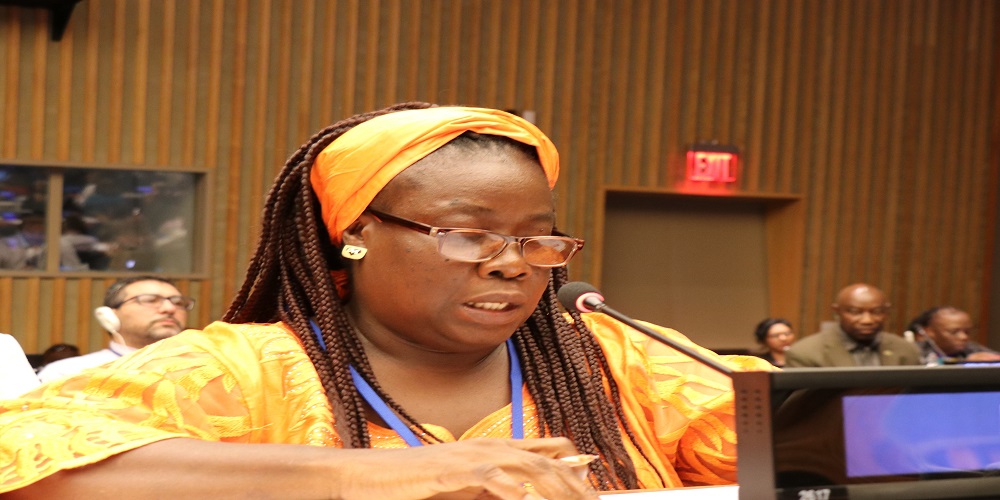 The Executive Director of the National Commission on Disabilities, Mrs. Ricardia Badio Dennis, says the Government of the Republic of Liberia, has developed targeted policies and programs to ensure an inclusive society, where persons with disabilities can maximize their potential and contribute to the growth of the Nation.

Reporting to the 12th Session of the United Nations Conference of State Parties to the Convention on the Rights of People with Disabilities, Mrs. Dennis disclosed that a five-year "National Action Plan for the Inclusion of Persons with Disabilities" has been adopted and endorsed by His Excellency Dr. George Manneh Weah, President of Liberia, as a National Document to promote the welfare and rights of persons with disabilities.

The Plan also seeks among others, financial assistance through provision of social security and welfare for persons with disabilities; as well as teaching of sign language as a required course in schools in Liberia--from elementary to college levels.

A dispatch from the Permanent Mission of the Republic of Liberia to the United Nations quotes Mrs. Dennis as saying that "five (5) Government Ministries (Public Works, Education, Gender and Social Protection, Justice and Health), the consortium of Disabled People Organizations (DPOs), the Alliance for Disabilities, and other institutions concerned with the rights and welfare of Persons Living with Disabilities, have adopted and signed a joint resolution for the implementation of the plan".

The National Commission on Disabilities Executive Director highlighted the establishment of three (3) rehabilitation centers with trained technicians to serve the needs of the Disabled, and budgetary support to the Commission as major progress in the quest to promote the welfare of people with disabilities.

Said Mrs. Dennis: "Supported by the national budget, the National Commission on Disabilities (NCD),  continues to raise awareness and advocate for participation and services for persons with disabilities. The Government continues to encourage inclusion in sports as well. A national Amputee Football Team and a Deaf Football Team are also being supported from the national budget."

Despite the progress, Mrs. Dennis stressed that Liberia is need of financial and technical support for the development of a national sign language program; provision of assistive devices, ICT equipment, establishment of a national registry for persons with disabilities among others.